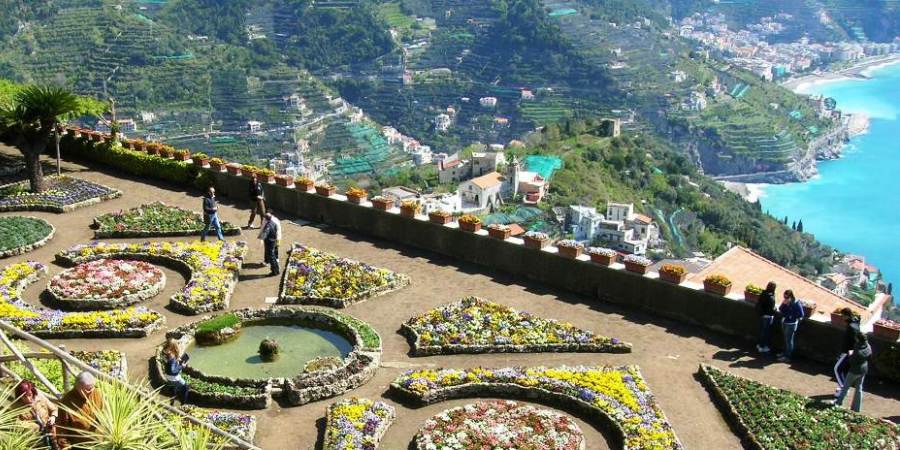 The garden of Villa Rufolo, known as the "Garden of the Soul", occupies two levels and is reached by following a tree-lined avenue with a distinctly Victorian air. The ancient walls, almost hidden by cypresses and lime trees, leads to the Moorish cloister. You have time to savour the noble lines of the monument's architecture before descending a few steps to the first level of the garden.

The redolent atmosphere infuses you with the spirit of the Romantic garden, with echoes of Boccaccio's stirring poetry. The history of the garden can be divided up into three distinct phases: 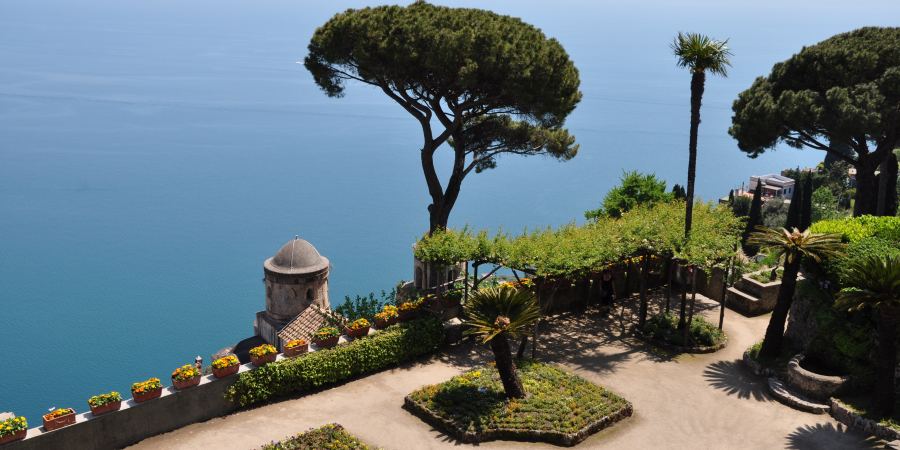 Reid's tenure marked the renaissance of the gardens in Villa Rufolo and also the beginning of the Villa's renown. It was in May 1880 that Wagner visited Ravello and "discovered" the enchanted garden of Klingsor as he had imagined it for his opera Parsifal. In his mind's eye Wagner saw the imposing medieval tower collapse into the void and turn into a magical garden, with the tropical plants taking on the likeness of beguiling maidens, until the garden itself is transformed into a desert as Parsifal kills the wizard Klingsor.
Drawn by the mild climate and the beauty of the surroundings, Nevile Reid chose Villa Rufolo as his summer residence and began to stock the garden with various species of exotic plants.

In the course of time, and in particular in the twentieth century, the gardens have undergone a number of demolitions: during the war they were commandeered by the British forces; in 1951 they suffered from a particularly violent storm; and in 1955 the construction of the provincial road did away with the upper part of the garden.

The 5 Most Awesome Amalfi Coast Wedding Venues in Italy