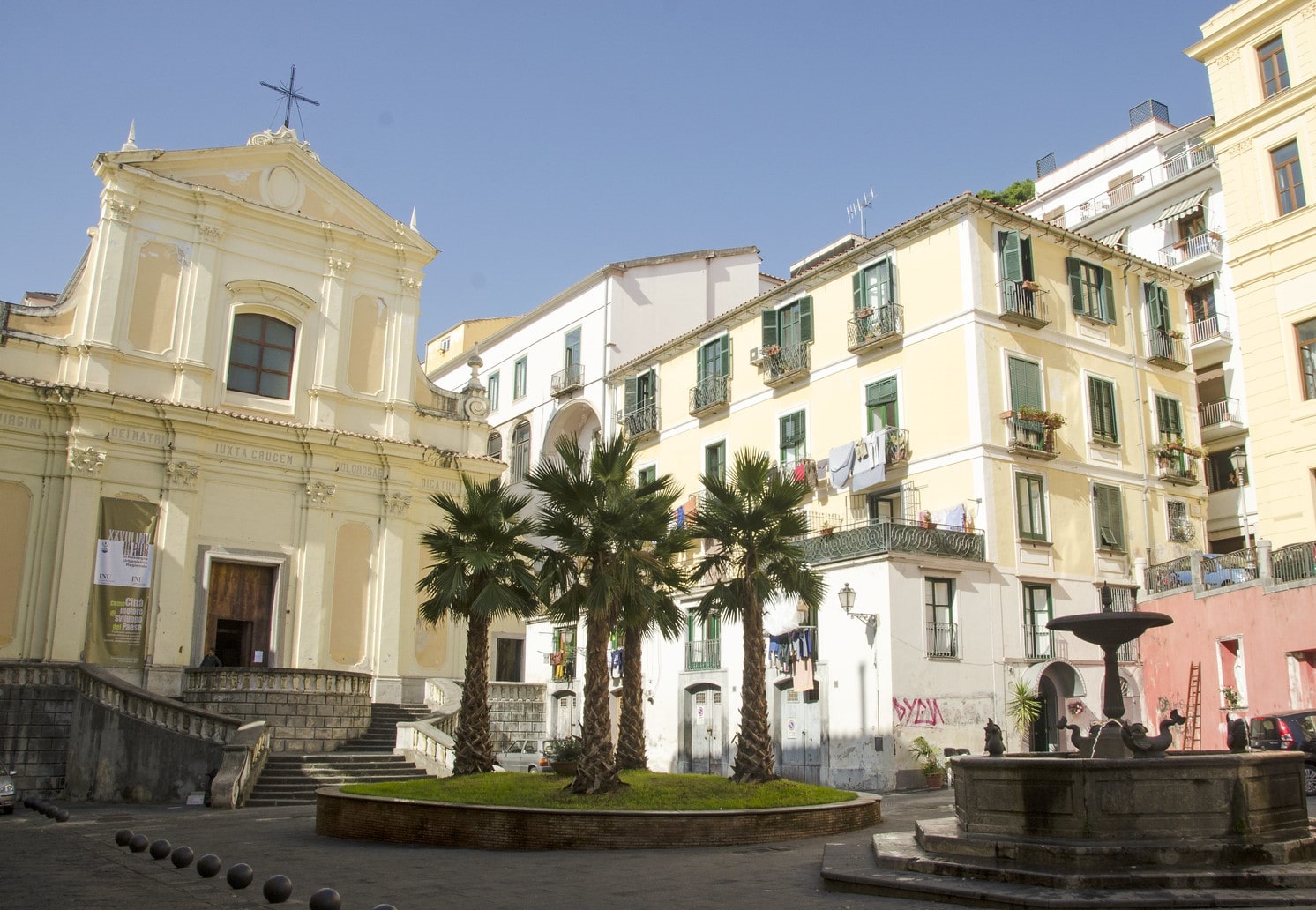 The first Benedictine Convent dedicated to Saint Sophia was founded towards the end of the X century in Via Trotula de’ Ruggiero, north west of Piazza Abate Conforti. First it housed monks, then two centuries later it was given to the nuns of the same order. In 1592, the monastery was entrusted to the Jesuit Priests to educate young boys. Pope Clement XVI suppressed the order in 1778 and entrusted the religious structure to the Carmelites. In 1807, during the napoleonic requisition and up until 1938, the convent served as a civil court. Following the construction of the actual law courts it became a state school.

The large building has recently been restored after years of neglect. The Addolorata Church was built by the Jesuit priests who occupied the Santa Sophia Monastery towards the end of the XVI century. The front of the structure is adorned by stuccowork and the actual staircase which divides into two flights of steps with a central balustrade was added in the 1800’s. Inside the church one can admire a central nave with two side chapels; a transept with dome, a high altar and choir stalls. Overhead is a barrow vault. The spacious church has interesting stucco and maiolica decorations and artefacts in marble.

The square, the church and the S. Sofia Convent have been restored by the council with the help of the Urban Project Community funds. Today the church is used today as an auditorium, conference and exhibition hall.