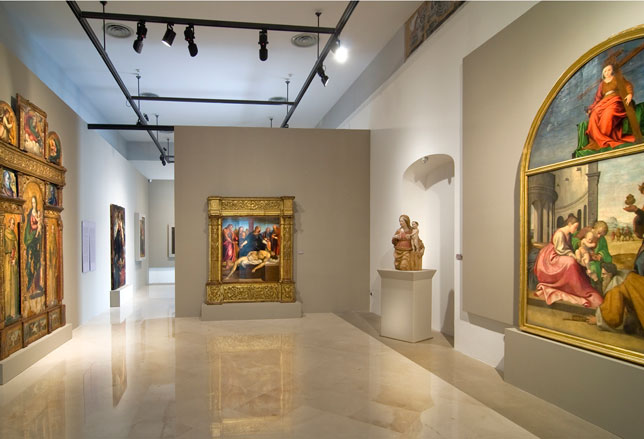 The Diocesan Museum is undoubtedly the most important container of works of art of Salerno. The present location is not the original one but it corresponds to the restoration of the structure of the Diocesan Seminary, which, with the Library and Archives, is a major cultural center of the city and the province.

The current configuration of the building corresponds to the work contracted out in 1832 by Archbishop Lupoli. Following this restoration work, the complex has a strictly neoclassical physiognomy with symmetrical development built around the central axis of the door, on which stands keystone marble coat of arms of the prelate, and of the balcony above, framed by a newsstand that echoes a classical temple.

The artistic heritage of the Museum includes works that are from the Middle Ages to the twentieth century. There you can find: