In the Villa Comunale there is the statue dedicated to the patriot Giovanni Nicotera, a member of the expedition of three hundred to Sapri (see Carlo Pisacane) and later Member of Parliament and Minister of the Kingdom of Italy. 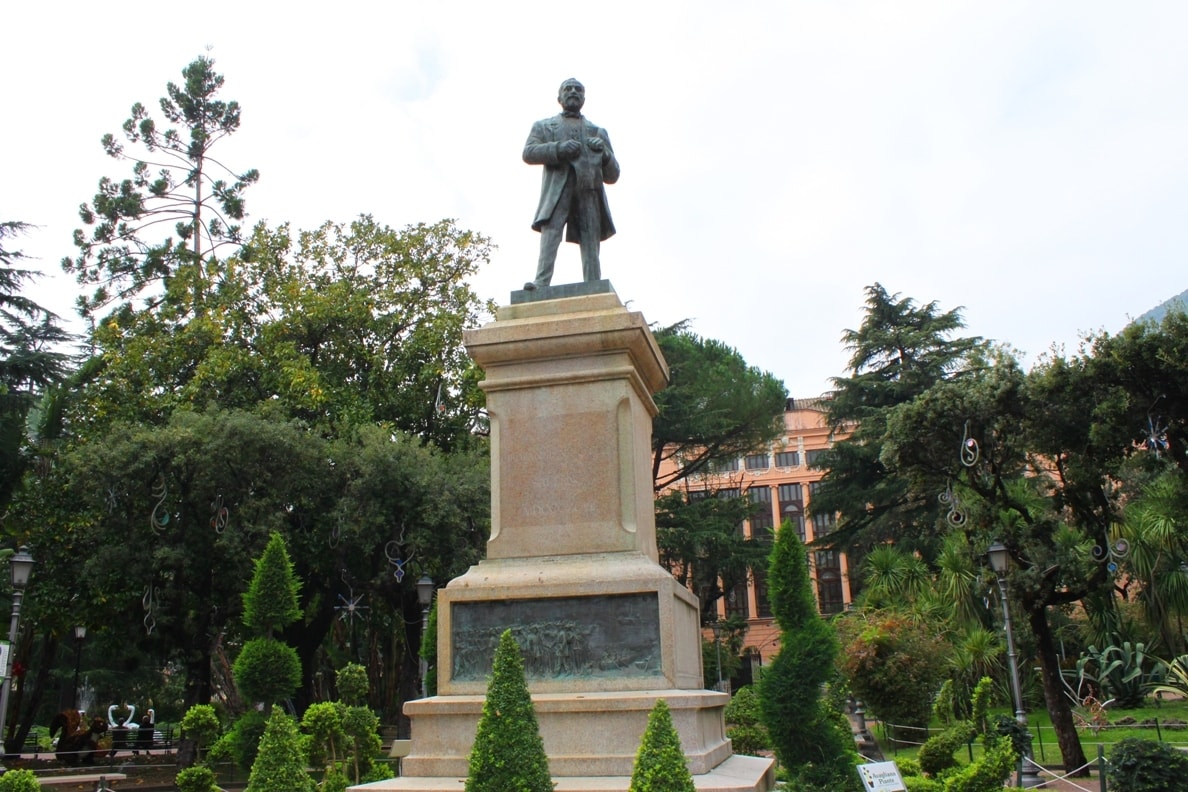 The artwork was created in 1897 by the sculptor Alfonso Balzico on request of the Committee for the honors of the heroes of Sapri. During the World War the statue was melted to make bullets but, in the sixties, it was put back another one made by Corrado Patroni. The new statue is Giovanni Nicotera caught in the act of tearing his own death sentence.