At Chiaromonte was assigned after the Second World War, the creation of a bronze bust depicting Giovanni Cuomo, known anti-fascist, called by Prime Minister Badoglio to perform the duties of the Minister of Education during the months of Salerno Capital and later deputy of the constituent Assembly. The bust is placed on a stylish monoblock bronze inside the Villa Comunale. 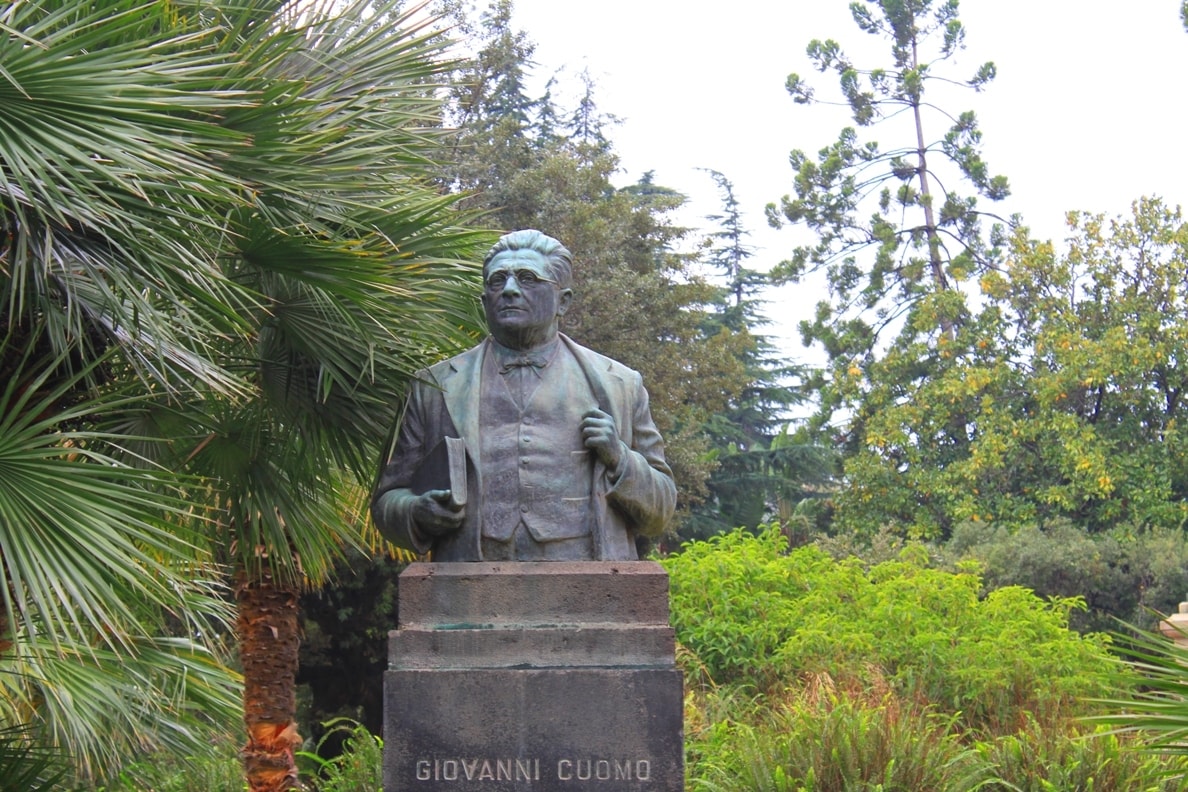