Visit the Palinuro's sea caves with a boat trip

Explore the Blue Grotto, the Cave of Blood and much more along the stunning coastline of Palinuro 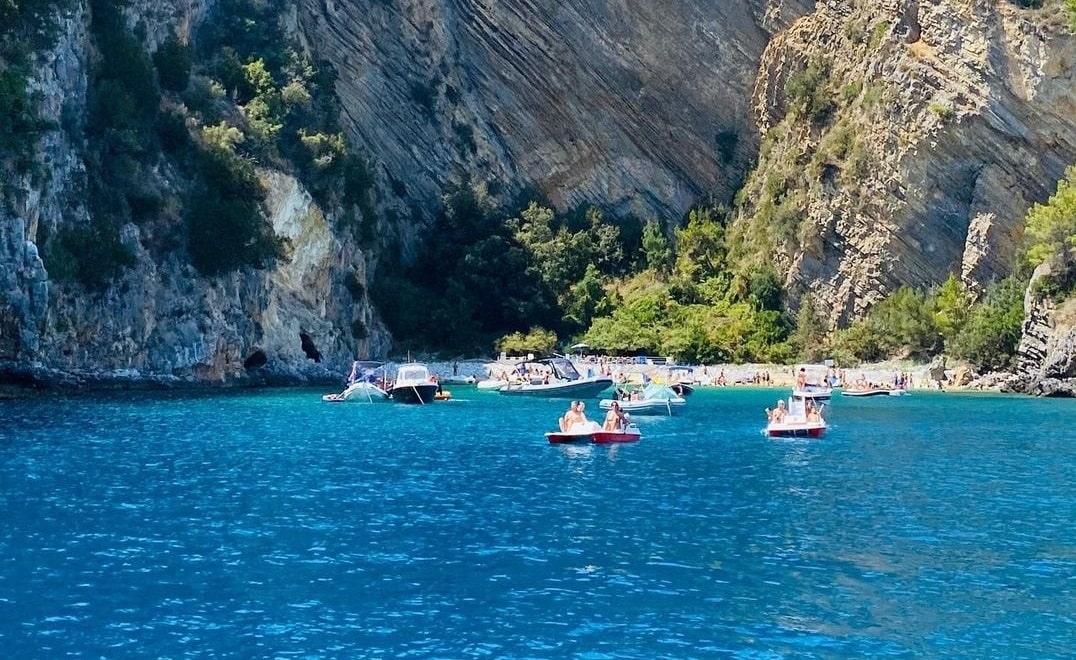 Along the jagged weathered sharp limestone promontory of Palinuro, about 2 km long, it is possible to admire many marvels, including numerous coves and suggestive sea caves. Here follows a list of the most characteristic ones:

The Blue Grotto, absolutely the most known among the Palinuro's caves, well comparable with her famous sister on Capri Island, owes its name to the incredible blue shades of the sea. These colorful shades are due to the refraction effect of the sun's rays which, penetrating inside the cave throughout the day, create a breathtaking turquoise panorama. 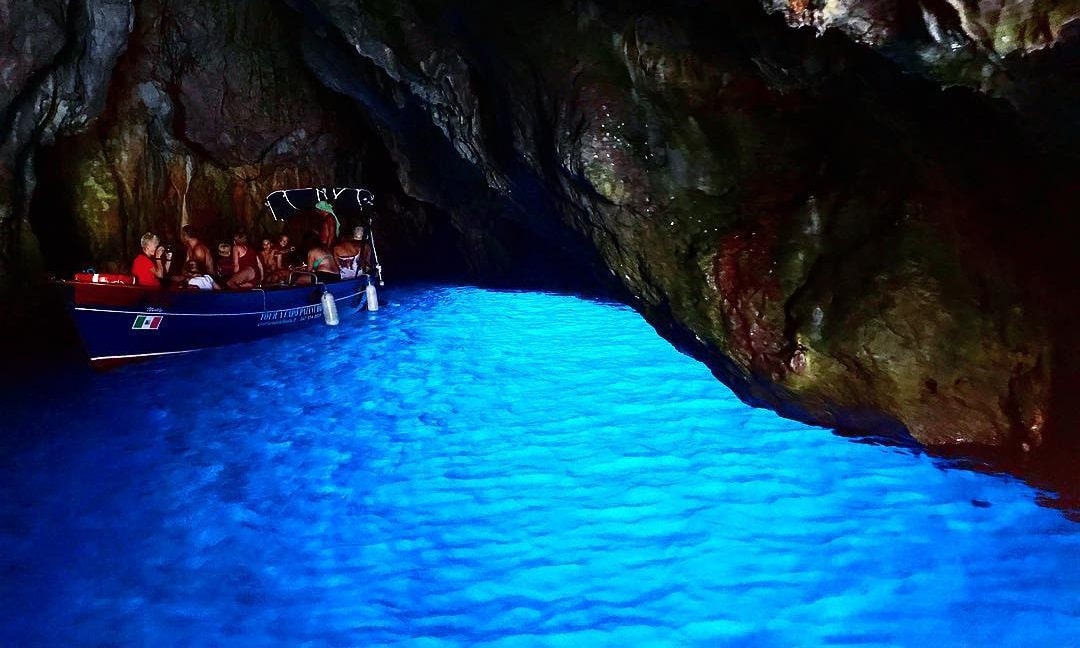 Characterised by a fascinating halo of mystery, the so-called "Grotta del Sangue". Its particular name derives from the impressive reddish color of the water, a reflection of rocky walls rich in iron oxide. In addition, it is possible to see a singular limestone formation above sea level that resembles the head of a crocodile.

If you are a prehistory enthusiast, you can't miss the wonders hidden inside the grotta delle Ossa. Among its walls you will see Paleolithic fossils, various shells and numerous animal rests set among the rocks of the cave. 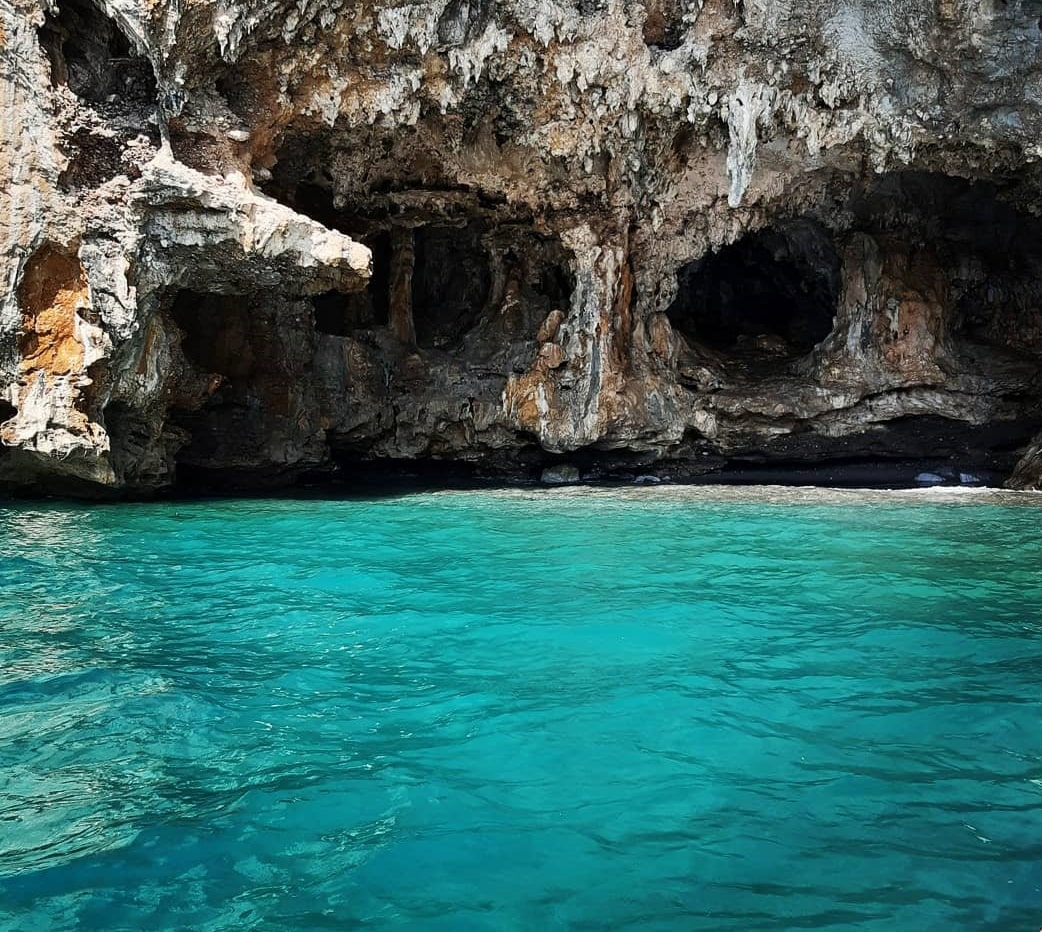 The Sulfur Cave, which welcomes its visitors with a double arch at its entrance, is more commonly known as "Cala Fetente" and is remembered for the sulfur springs inside. The rocky walls in fact, give off a characteristic and deep smell of sulfur.

The Bay of Good Sleep, voted by Legambiente one of the most beautiful beaches in Italy in 2014, is accessible only by sea and owes its name to an ancient tradition of fishermen. These used to take refuge in the cove during storms, taking advantage to rest. In addition to this, in front of the sandy bay you can admire an original rock full of vegetation, and for its shape is called the rock of the "Rabbit".

How is the boat trip to the caves of Cape Palinuro organized?

The boat trip to discover the wonders of Cape Palinuro is available, starting from April, every day from 09:00. During the excursion you can admire the enchanting natural beauties offered by the caves, on board of a gozzo. It will also be possible to take a refreshing swim in the crystal clear waters typical of Cilento.

How to get to Palinuro?

For further information on how to get to Capo Palinuro you can have look at the following page: How to get to Palinuro

Visit Naples - what to see and do