The maritime terminal of Salerno in Italy, located on the Manfredi pier of the commercial port, is the main cruise hub of the city of Salerno, as well as one of the main ones in Campania and southern Italy. br> The Salerno Maritime Terminal, also known as the Zaha Hadid Maritime Station, is one of the leading high-quality architectural projects built in Italy.
The terminal acts, both functionally and visually, as a fluid transition between land and sea. In fact, the spectacular views of the Amalfi Coast, Gulf of Salerno and Cilento have significantly enhanced the visual experience and intimate relationship between the city and its waterfront. 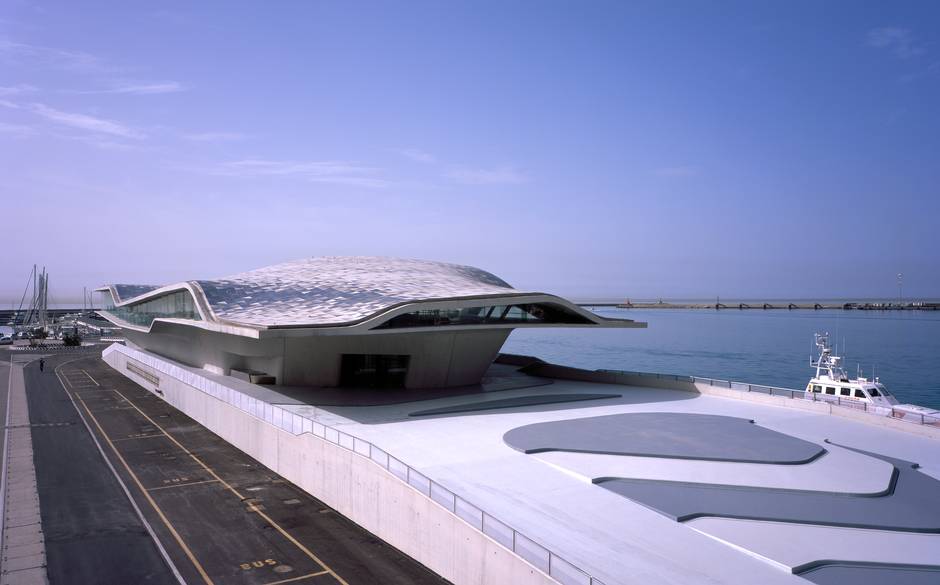 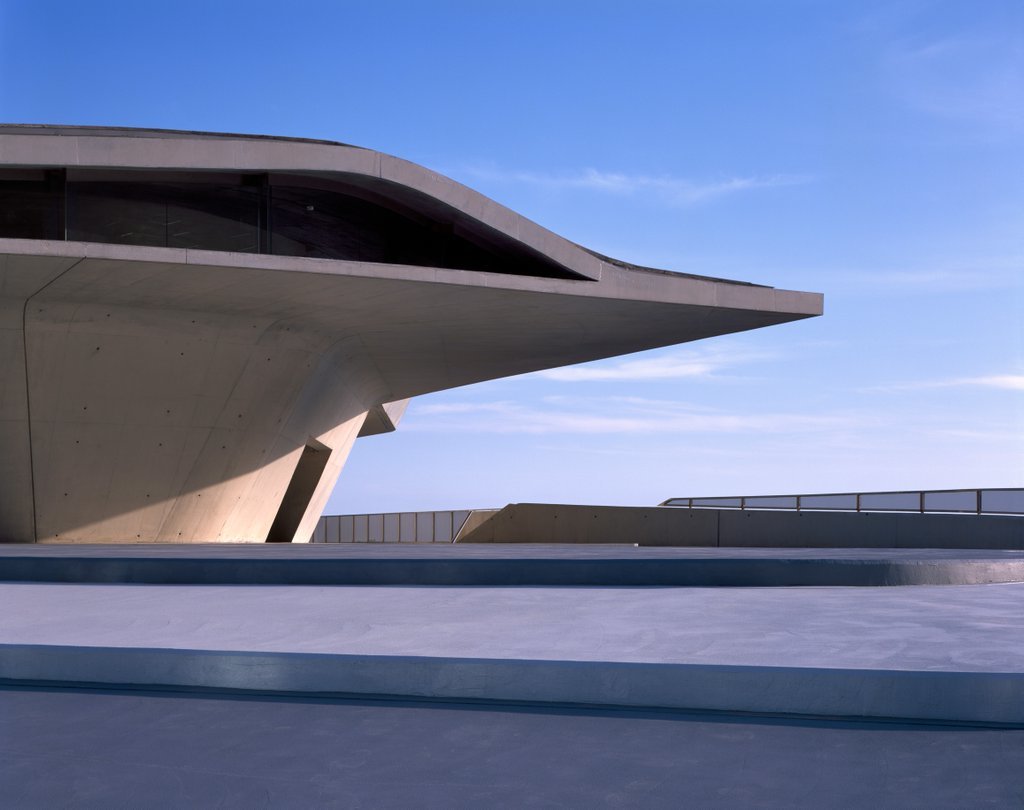 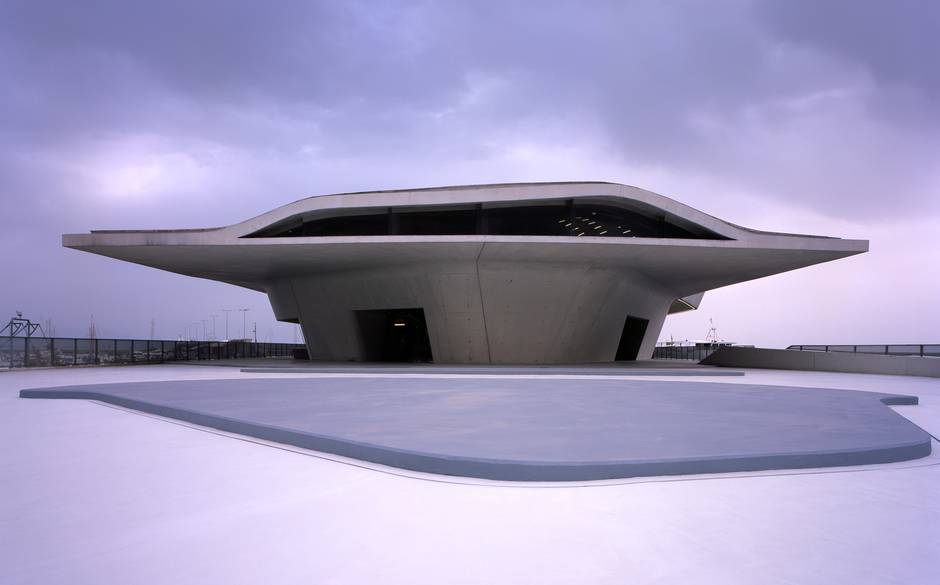 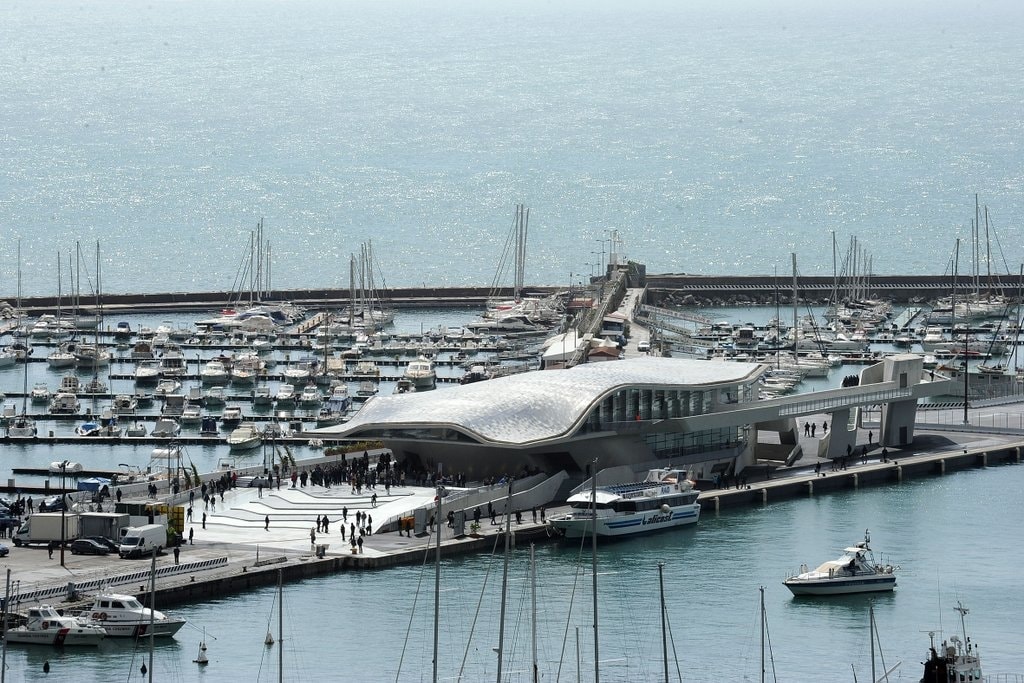 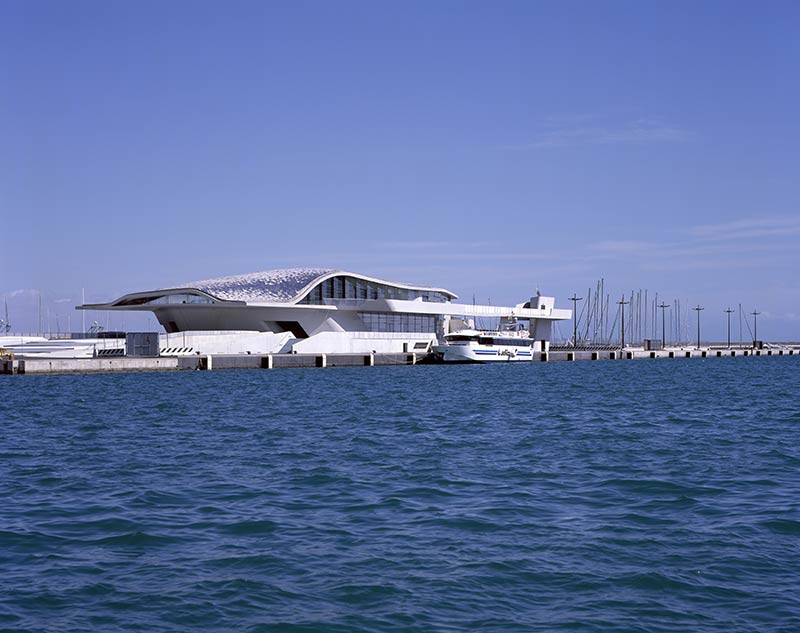 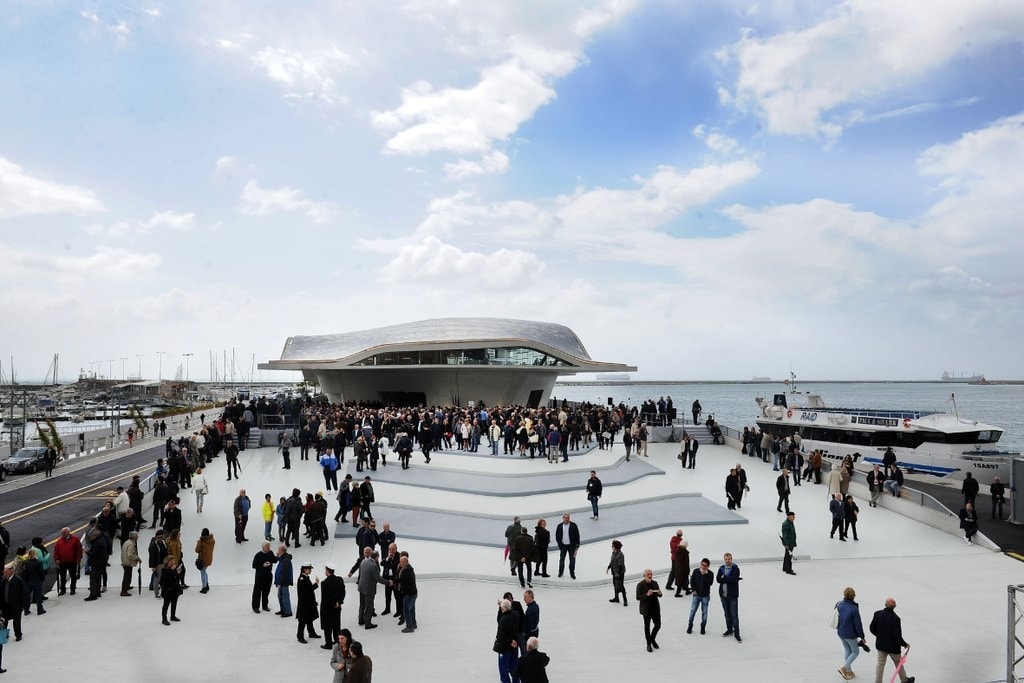 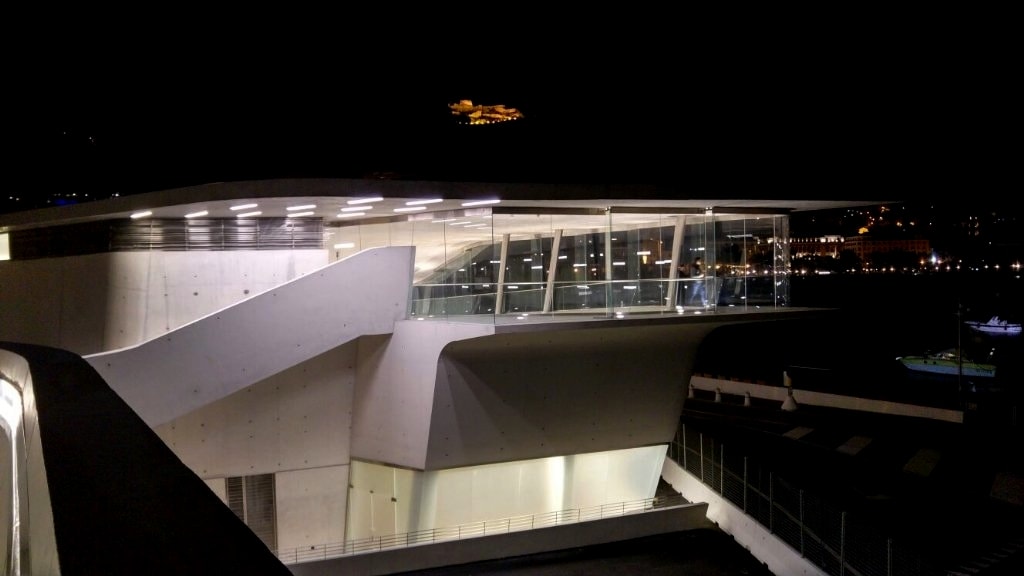 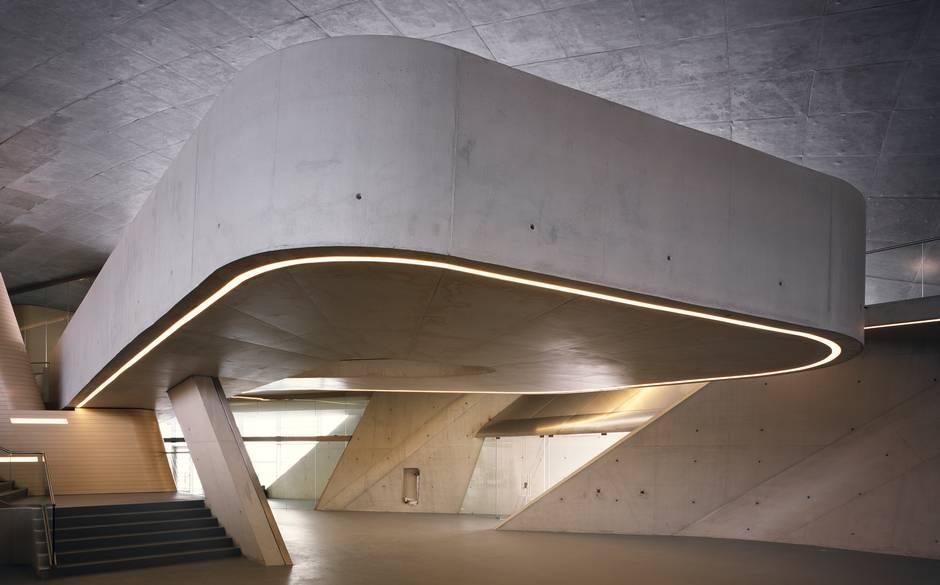 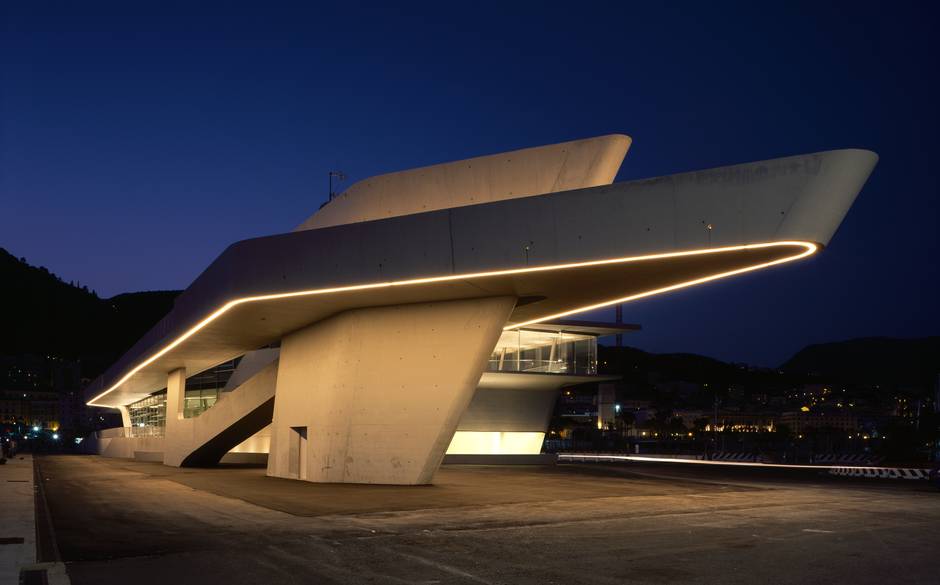 The Maritime Station represents one of the symbols of the city of Salerno and is the ideal port of call for cruise passengers as it is directly connected to the city center and to the main means of transport that connect the city of Salerno to the Amalfi Coast, Naples; Pompeii and Cilento. The maritime station conceived with a direct pedestrian access to Liberty Square, the Crescent and the city waterfront, makes it possible to visit the city without the use of public transport.

The architecture of Salerno's maritime terminal

The terminal building has a shape that resembles an oyster projecting out to sea. It has curved shapes, elongated structures with multiple perspective points and fragmented geometry, reflecting Zaha Hadid's ideal of architecture.
The new building has an oyster-like feel, not only in its outward look, but also in the finishes and fluid elements that characterize its interior. The roof has a protective shell shape, which tends to protect the structure from the intense Mediterranean sun during the day, while at night, with the illumination of its roof characterized by hundreds of LED lights and ceramic tiles, it acts as an ideal lighthouse for those approaching the port of Salerno, giving a warm welcome to tourists.

The interior structure of the maritime station, covering some 4,500 square metres, is spread over three levels, with a building length of 97 metres and a maximum height of 13.5 metres. The materials used for its construction are very few: the two shells that envelop the building are made of reinforced concrete without any coating, except for the extrados of the coverage that is coated with porcelain stoneware.

The Salerno Maritime Station was officially opened on April 25, 2016. It was commissioned in 2000 by former mayor Vincenzo De Luca to meet the growing demand for cruise ship arrivals from various companies, such as MSC Crociere, Royal Caribbean and Costa Crociere. The city council commissioned architect Zaha Hadid to create a modern and functional maritime station following an international competition for ideas.
With its strategic position, barycentric between the Amalfi Coast and the Cilento coast, and the proximity of the islands of Capri and Ischia, as well as the excavations of Pompeii and the archaeological site of Paestum, the Salerno maritime station is an ideal landing place for cruise traffic and the starting point for ferries to the nearby Amalfi Coast.

The cruise terminal of Salerno offers the following services to visitors and tourists:

Salerno on a cruise: what to see, tips and tours