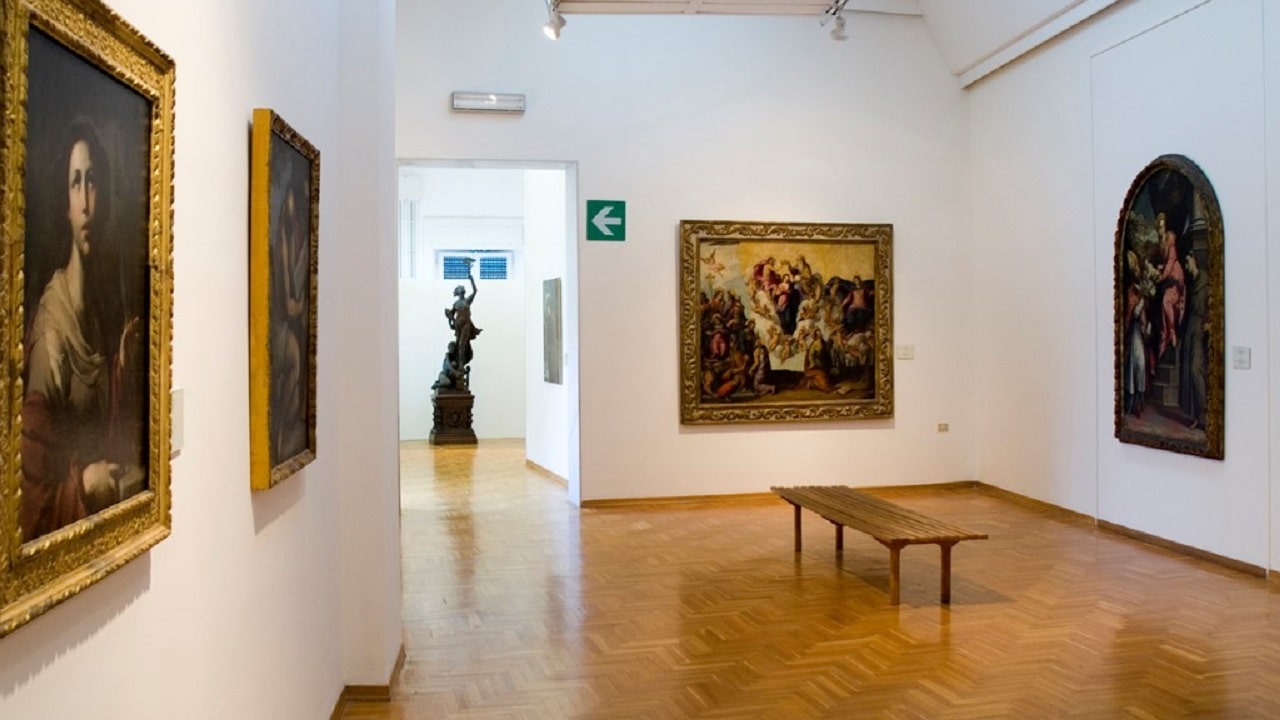 The provincial art gallery of Salerno is on the first floor of the seventeenth-century palace Pinto, aristocratic residence of one of the most important noble families of Salerno. The history of the gallery is crucial to the provincial administration of Salerno, committed not only in the recovery in the enhancement of the paintings but also in the restoration of the same building container.

On the 18th March 2001 the art gallery was opened to the public but its heritage was constituted from the years between 1927 and 1938 with the acquisition of the donation of works dating from the fifteenth to the eighteenth century; it also contributed the collection Pinto, donated along with the first floor of the building. In 1999 it was formed the core of the section of foreign artists, extended during the time and of particular importance in the history of the province of Salerno, a destination for foreign travelers since the days of the Grand Tour. The tour begins with the sculpture of Gaetano Chiaromonte Sensazione (1933). The exhibition is divided into three sections, divided chronologically: from the fifteenth to the eighteenth century, and Salernitani and Coast, Foreign Artists.

What to see in a day in Salerno

Museum of the Landing and Salerno Capital