The Salerno Crescent is a new semi-circular building located at the end of the Promenade of Salerno (Lungomare di Salerno), about 30 meters high, designed by the Catalan architect Ricardo Bofill. 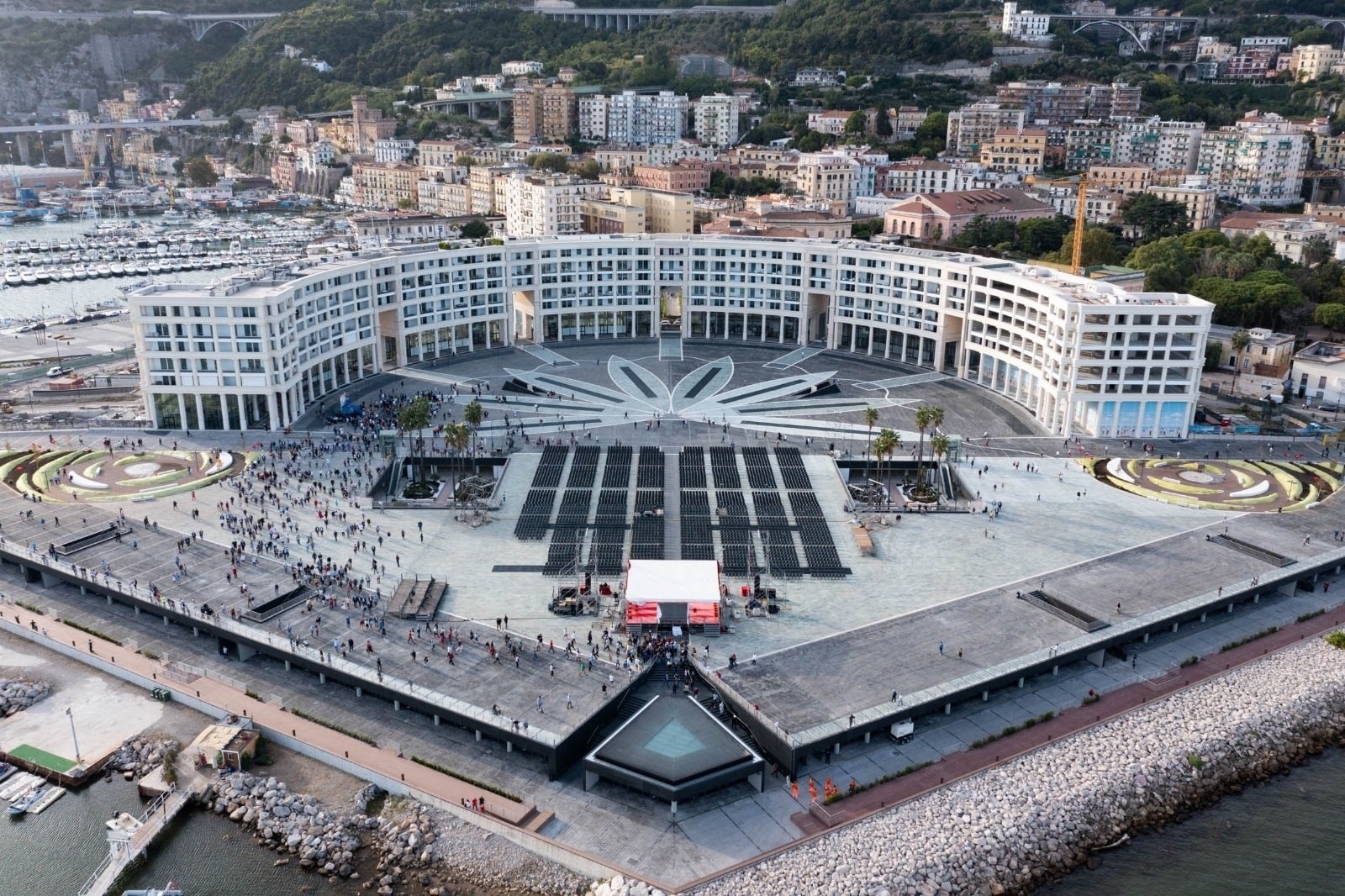 The Crescent, along with the Piazza della Libertà (Freedom Square), is one of the most important urban projects designed by the Municipality of Salerno.
The Bofil architect's idea was to create a new image and identity of the seafront of Salerno, the building that decrees the opening of the city to the sea.

The Crescent is configured as a semi-circular ring built around the the largest seafront square in Europe: Piazza della Libertàstrong>, conveying the traffic flow to the underground public parking. The Freedom square covers about 27,000 square meters, its floor is inspired by the Norman geometries which have their traces in the historical center of the city. The square have the shape of a triangle and on the vertex of which is located the so-called diamond characterized by a stretch of water, an ideal visual link with the sea. 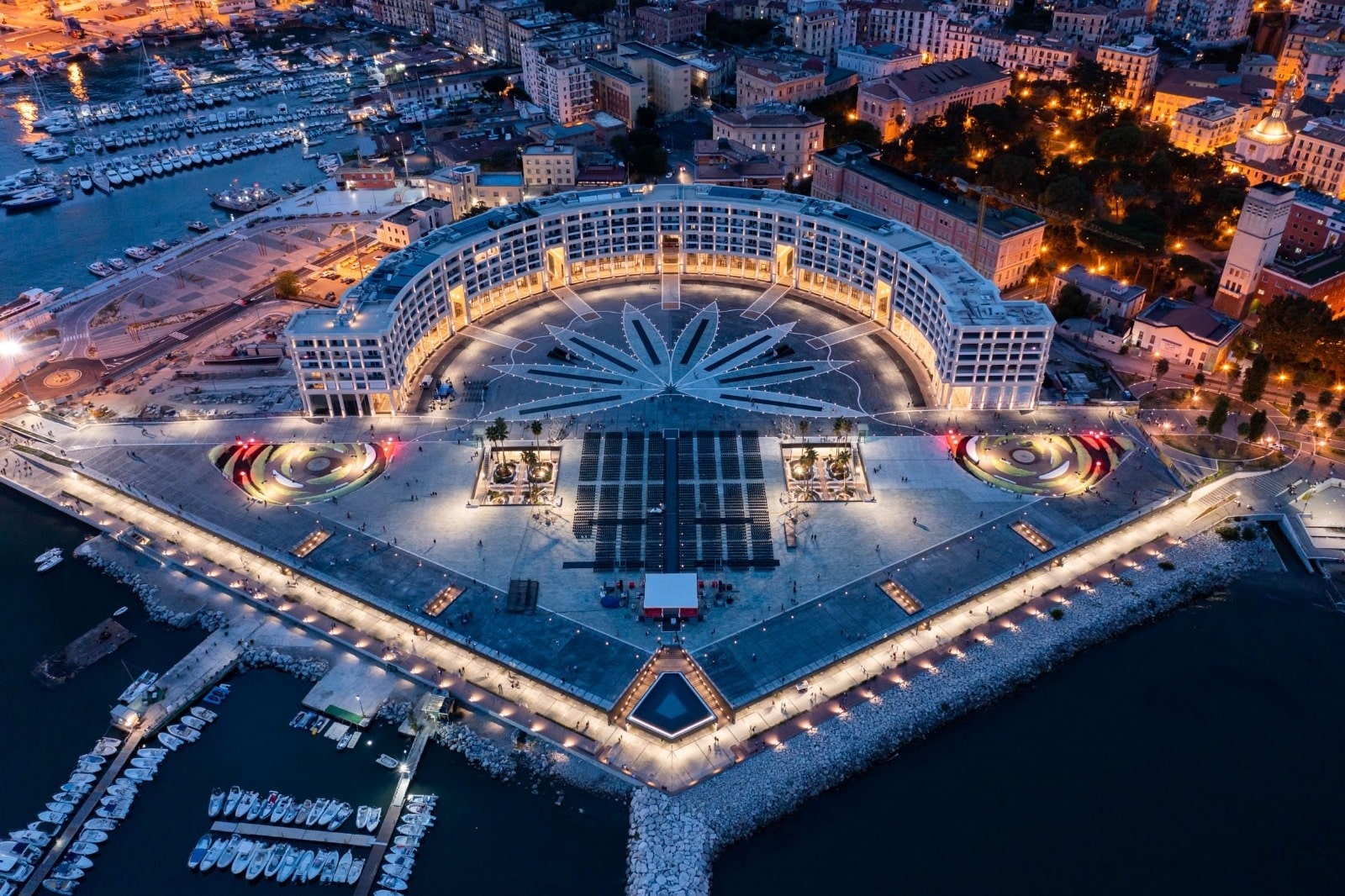 The Crescent of Salerno represents the new center of gravity of the city, extending the current waterfront and aggregating not only the promenade, but aggregating new functions of different kinds, such as: commercial area, residential area, office area and parking.

The Crescent rises on a shopping arcade porticoed on the square level. The first level above the ground and the mezzanine floor have a purely commercial function; the five levels higher are intended for residential use, with 120 apartments whose functional distribution is characterized by a succession of modules containing two apartments and/or offices. In the two underground levels, then, they are located parkings, consisting of 157 boxes connected by the same blocks with elevators to the halls of the ground floor in the various sectors, giving access to residential units or those intended for production and services.

The Crescent recalls the tones and colors of the city and the top floor offers privileged views of the entire Gulf of Salerno: from the Amalfi Coast to the Cilento promontory, the Crescent of Salerno allows those who choose it as their residence the privilege of enjoying, at any time of day, one of the most admired views in the world.