Beaches in Cilento - The best beaches of Southern Italy

What and where are the most beautiful beaches in the Cilento

The Cilento is definitely one of the most beautiful and wild areas of Campania, in Italy. With its variety of landscapes, its nature and its wonderful pristine beaches, it was declared, in 1998, an UNESCO World Heritage Site . In this piece of land, which runs from the Gulf of Salerno, up until Policastro gulf, there are the most beautiful beaches of Cilento.

Before discovering the most beautiful beaches of Cilento and where they are situated, you need to know that in 2015, 10 beaches of Cilento were awarded blue flags, thanks to the clear and clean sea, the beaches, marinas and excellent quality services.

Among the beaches of Marina di Camerota there is the magnificent Cala d'Arconte. The beach Cala d'Arconte, is 2 kilometers far away from Marina di Camerota and 6 kilometers from the south of Palinuro. Set among the rocky cliffs, covered with maritime pines and olive trees the beach has fine golden sand, characterized by a very wide promenade and a few hundred meters long.

Here the sea is clear, and the water is deep and sandy, so not very suitable for families with small children. 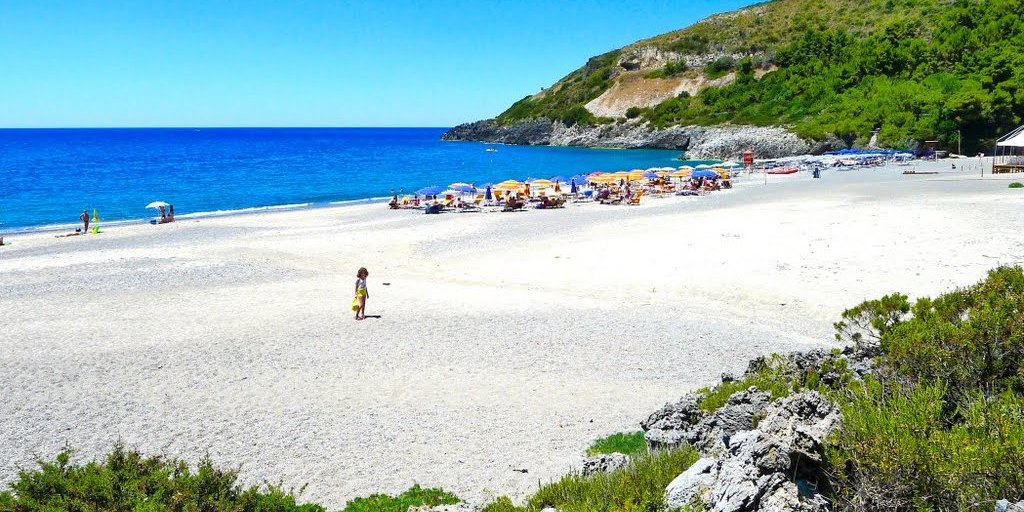 The Cala Bianca beach was declared, in 2013, the most beautiful beach in Italy by Legambiente. Here you will find one of the most beautiful and cleanest sea of Italy . Its name comes from the beautiful stretch of beach with a white mixture of sand and small pebbles . The Cala Bianca beach, surrounded and immersed in the Mediterranean bush, can only be reached in two ways, the first is by boat from Marina di Camerota, or walking through an old path where there are the remains of buildings used in the past for drying and baking the red clay.

HOW TO REACH CALA BIANCA BEACH: ONCE arrived in Pozzallo, Yyou have to go along the right of the bar and then take the trail. You have to cross the grove. You will find an indication that says "Baia degli Infreschi 0:35 min", continue straight for a few minutes and then on the right (on the sea side) there is a step toward the cliff. From Pozzallo it is a 20 minute' walk, it's really worth it! 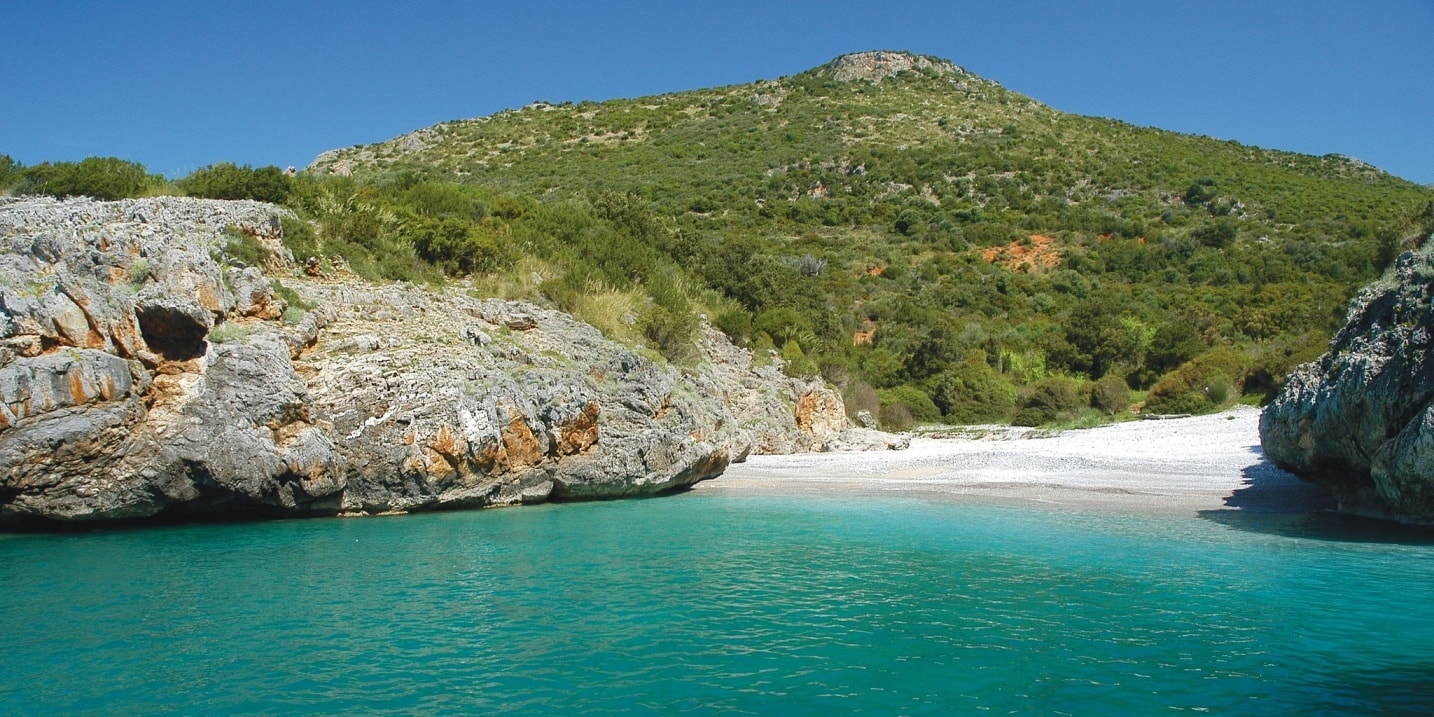 The beach of Buondormire is among the most popular beaches of alinuro , it's located right in the heart of the Cilento Coast, and is one of the most beautiful places of Cilento, you will think to be in Thailand!

Here you will find a surreal landscape, the beach is famous for the incredible colors of the sea, here the water is clear and emerald, the sand is golden and very fine. Faced with this beach there is the so-called Rabbit rock.

HOW TO REACH THE SPIAGGIA BUONDORMIRE: from the port of Palinuro there is the departure, almost every morning, of the boats that take passengers on Buondormire beach and in the afternoon they return to take them back. The ticket price is about 10 €, but it may be subject to change. It is good to go to the ticket office of the harbor to know about schedules and prices, also in adverse weather conditions the service could be suspended. 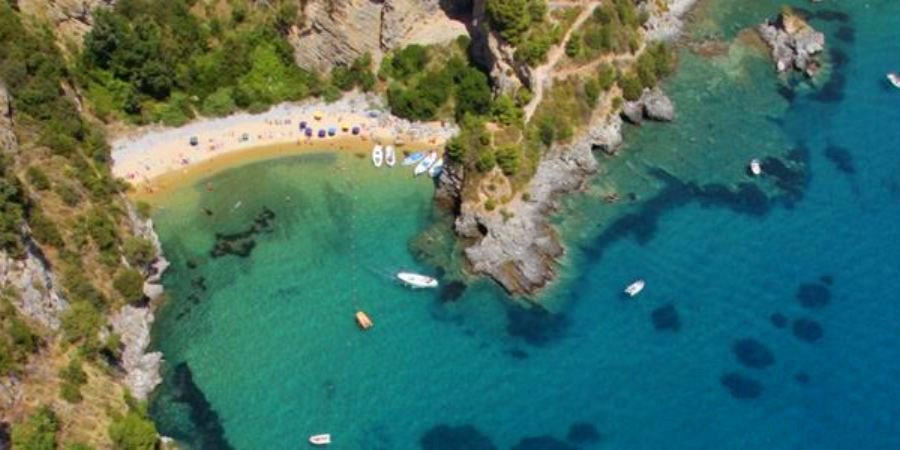 One of the top beaches in the Cilento is the Arco Naturale beach in Palinuro. It was the location of many films such as the Argonauts, Hercules and the Atlantean conquest and Clash of the Titans. The beach, a mixture of sand and rock, is famous for its arch, from which it takes its name. It is the starting point for excursions to the caves of Capo Palinuro. Most of the tourists that frequent the beach are young. Thanks to the natural arc particularly impressive at sunset when the light peeps from the monumental window, the beach becomes one of the best and incredible landscape in the world.

The beach Cala degli Infreschi is so known because of the different temperature of sea water, in fact, on the surface the water is cooler and as you descend deep it is warmer.

Thanks to the myriad of colors and breathtaking scenery, this beach absolutely must be seen.

HOW TO REACH CALA DEGLI INFRESCHI: The Cala degli Infreschi can be reached by boat or on foot via a dense vegetation path, from Pozzallo. 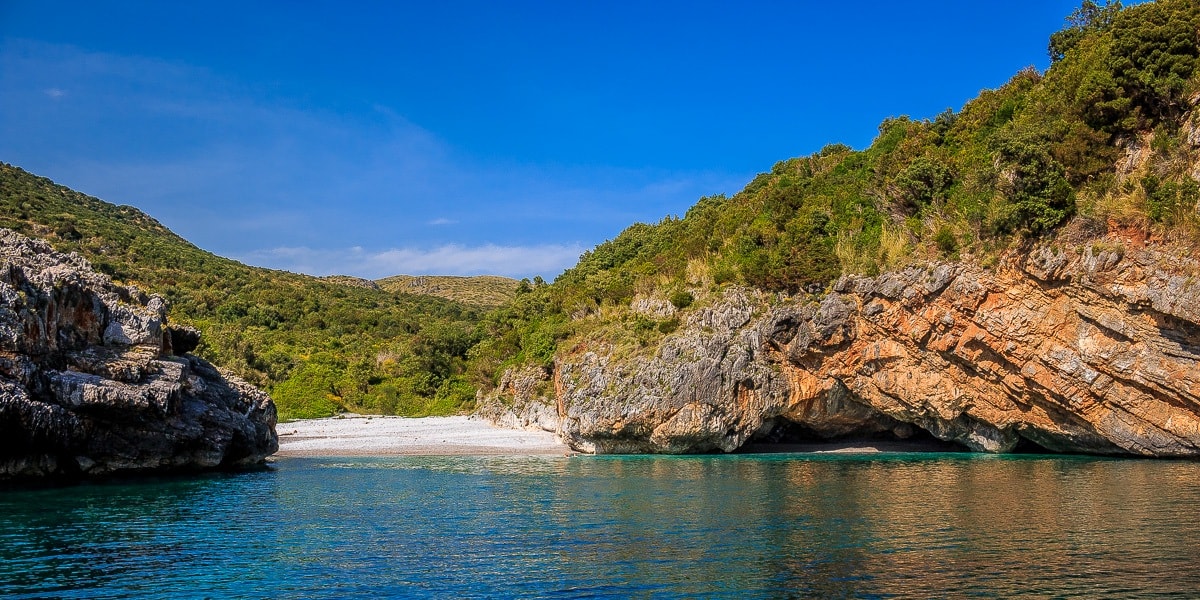 The Trentova beach is a little corner of paradise situated in Agropoli, one of the favorite beaches in the Cilento and loved by tourists, even during the warm spring evenings. It was called Trentova because in one of its cave 30 eggs of sea turtle were hidden. The sea is crystal clear and blue, the colors ranging from emerald green to deep blue at certain points, while the seabed is low so it is suitable for families with small children.

This bay with its pristine sea is the envy of the Costa Smeralda, but we suggest to avoid bathing in full summer season because it's always super crowded, prefer rather the months of June and September.

The Marina di Ascea beach is located in the heart of the coast of the National Park of Cilento and Vallo di Diano. It is a vast strech of soft, golden sand, kilometers long, fringed by Mediterranean vegetation and by beautiful olive trees.

On the south of the coast, there are dunes where, from July to September, you will find the beautiful sea lily, subject to the collection ban. It is a beach suitable for everyone, for its shallow waters and calm sea, while during the afternoon it is almost always windy. About 5 km long, the beach ends with a small cove bordered by a cliff, at whose apex stands the Torre del Telegrafo, where you can enjoy relaxing moments in tranquility. 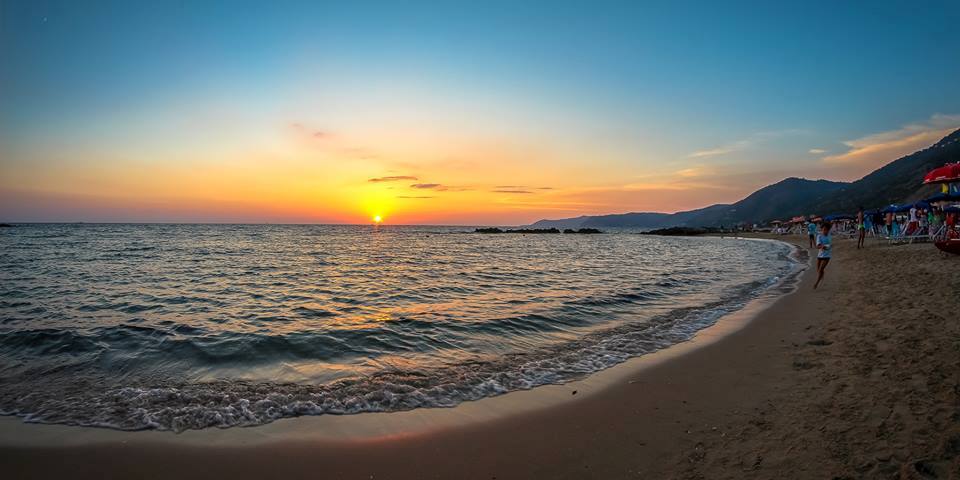