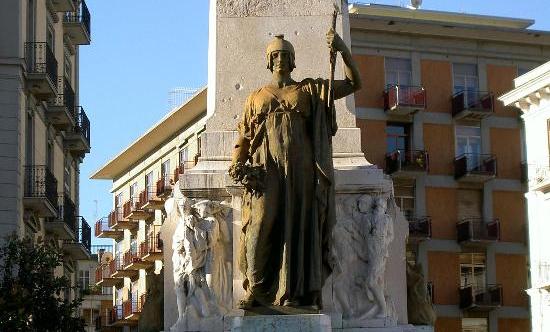 In the center of the square, commonly called "della Ferrovia" it is located the War Memorial in the Province of Salerno in the Great War. This consists of a block of stone to whose sides are two male figures and bas-reliefs in white marble pedestal.

On the top in the beginning was the statue of Winged Victory, or a woman holding a curved sword caught in a plastic movement and made of bronze. The statue was inaugurated in 1923 by Vittorio Emanuele III but only two years after the Winged Victory it was fused in order to use the precious metal in the manufacture of munitions.