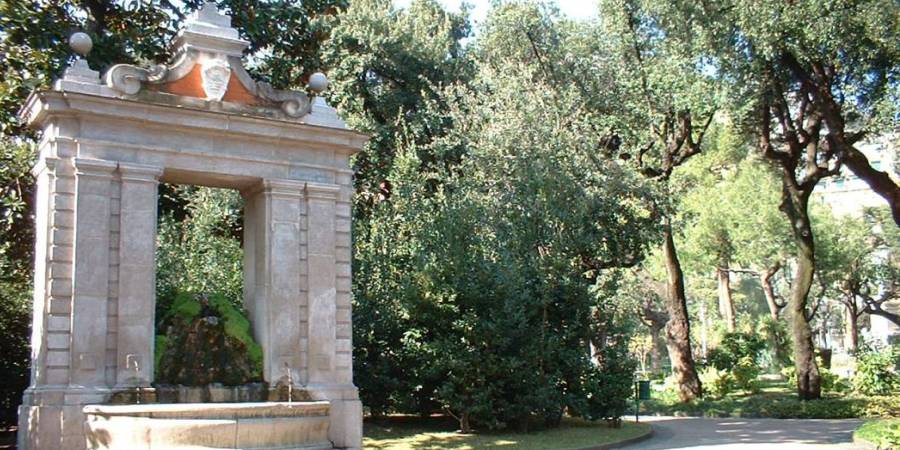 The fountain of Tullio (also called fountain of Esculapio) is a fountain of Salerno. Created in 1790, is located in the gardens of the Villa Comunale. In 1790 the fountain was placed near the promenade of Salerno, near the western gate (now disappeared) of the city. It was moved at the beginning of the nineteenth century to the beach "Santa Teresa" of the city. His current position is shifted by a few tens of meters compared to the original nineteenth century.

During the French occupation of Salerno, it is located the ground where the current fountain of Tullio was used as a parade ground: according to some traditions, it seems that the fountain was donated to Gioacchino Murat on the occasion of his birthday. Immediately after the unification of Italy, the mayor Luciani wanted to beautify Salerno, creating public gardens around the fountain of Tullio. The fountain is in baroque style, and in a first time housed in the central niche a bust of Esculapio, then replaced in the nineteenth century by a cherub. Later in 1980 was damaged by the earthquake (and deprived of small cherub following a vandalism), but was later restored.