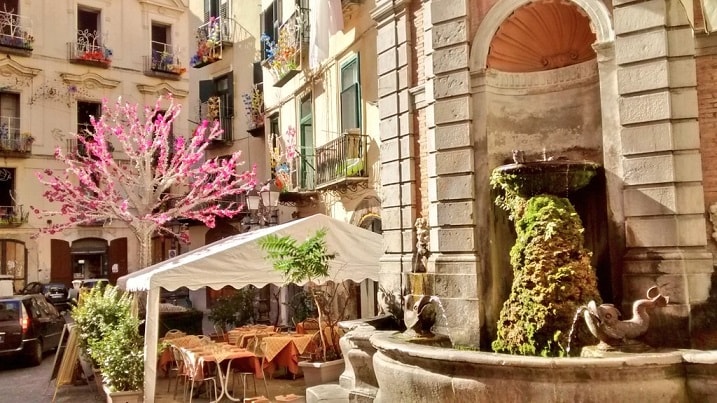 The fountain is also known as the Fontana del Campo, because it is located in front of the Palazzo Genovese in the medieval "Largo del Campo".

The fountain comes with a central jet, two jets on the sides with water leaking from two faces of Bacchus and ontheedges two dolphins "spray" water. After the earthquake of 1980, from the monument four marbled pots have been removed from the top of the artwork, because of the risk of falls and therefore potentially dangerous, and moved at the Diocesan Museum of the Cathedral of Salerno: after the four objects were restored, and finally they returned in their original location. The fountain is considered one of the best characteristic fountains of the ancient Salerno.