Why Salerno is a good base to visit the Amalfi Coast

Is Salerno really a good base to explore the Amalfi Coast? Let's see why Salerno win out: much easier to get in and out of using public transportation, ferry connections to the Amalfi Coast, direct train connection to Naples, Paestum and Pompeii.


Reason why Salerno makes a great base, rather than Sorrento, Amalfi and Positano

Salerno is a city that is larger by far than any village on the Amalfi Coast. It’s an actual city with little tourism vs the Amalfi Coast villages and Sorrento. Salerno is not as pretty as its cousins along the coast but it more than makes up for it with a lot of other benefits over Sorrento, Amalfi and Positano.

Salerno is truly "a place to tour". It shares the ancient history of the other villages and towns along this coast, Roman, Moorish and Norman. Salerno has a marvellous old town, narrow winding streets, a restored medieval gardens of the famous Salerno medical school (the first in Europe as reported by old manuscripts), a beautiful Norman cathedral with semi-Moorish bits which you will also find in other places on the coast such as Ravello and Amalfi Cathedral, and an ancient dialect in the oldest neighborhoods which you will hear but not understand even if you are fluent in Italian. The seafront of Salerno is beautiful, with a wide, tree-lined boulevard most of the way and an attractive, lots of cafes, an active harbor full of ferries and yachts and sailboats.

Regarding the Food: Salerno has all of the Amalfi Coast delights, from the famous Amalfi Coast limoncello to Neapolitan pizza and Buffalo Mozzarella, but the culinary specialities are the fresh seafood and pasta. It's really easy to find a seaside restaurant where to enjoy local delights and wines of the region, and it doesn’t cost an arm and leg, like it does in the other places.

The city of Salerno doesn't cater to tourism like the other cities and therefore not full of tourists, that in itself makes it special, as the locals are warm and friendly, just because they are, not because they are hoping you will part with your tourist dollar. 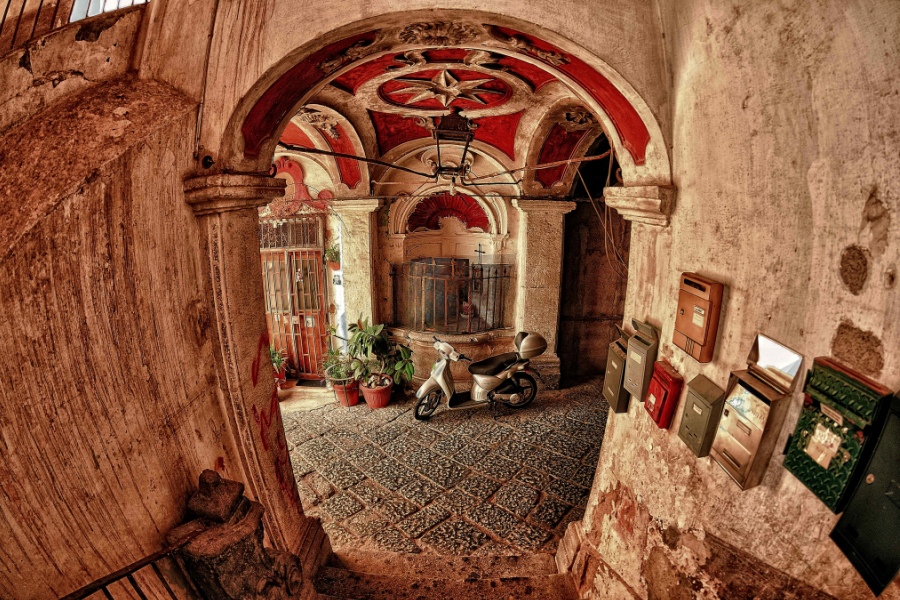 “Salerno is a pretty, lively town, train and ferries makes it very convenient and thera are superb accomodations, many nice B&B and a few good hotels.”


How far are the main sites to visit from Salerno?

The ferries from Salerno run regularly north along the entire Amalfi coast, to Amalfi and Positano and several other villages and then to Capri. Amalfi is 30 minutes and Positano is 1h 15minutes from Salerno by ferry.
See ferry timetable and note ferries are more frequent from April to October: Amalfi Coast ferry

An advantage of using Salerno as a base instead of Sorrento: you will be avoiding the flow of tourist traffic along the coast:
the most visitors start out from Naples or Sorrento in the morning and take the bus south toward Amalfi, or take ferries. The visitors end up in Amalfi in mid-afternoon, in an enormous Times Square-type crowd, and pack the buses going north, back to Sorrento in late afternoon. Instead from Salerno, you avoid this, you hop the ferry and go north in the morning, enjoying magnificent views of the coast, fresh breezes, smell the Mediterranean waves, then mid or late afternoon you will be going south back to Salerno while the mobs are struggling to find a spot on the bus returning north to Sorrento.

So aside from being easier to get in and out of, Salerno as a base saves precious time when going onto the next destination, with some direct trains, to places such as: Rome, Florence, Bologna, Milan and Venice.

Are you sacrificing that authentic village-type feel if you stay in Salerno?

Definetely not, staying in Salerno means you are full immersed in a total Italian environment and very lively. You will have a different feel there, perhaps more authentic and less touristy. Maybe if you are looking to spend the evening at the beach, looking at the sea or the breathtaking mountains, isn't so romantic like Amalfi or Positano, but you still have the best panorama over the Amalfi Coast by night.

Make sure you enter all the required information, indicated by an asterisk (*). HTML code is not allowed.