Outside the fence of the Villa Comunale, places before the big front entrance of the Teatro Municipale Giuseppe Verdi and on the back face, there is a public garden, not fenced, of Piazza Matteo Luciani. 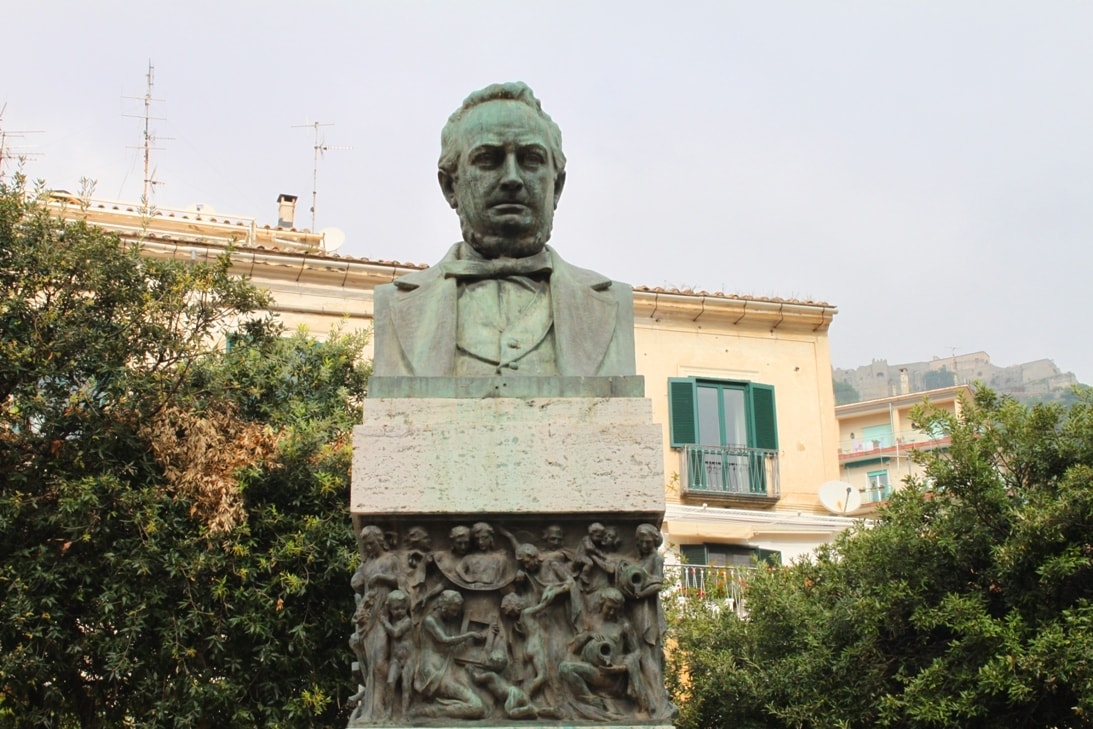 Made simultaneously with Villa Comunale, the gardens of Piazza Luciani frame the monumental entrance of the Teatro Municipale Giuseppe Verdi. Characteristic is the triangular shape, bound by the road axes that surround them on three sides. The gardens, very beautiful and flourishing, are characterized by the presence of the statue of Matteo Luciani, first mayor post-unification that promoted the creation of the Municipal Theatre and Villa Comunale.